“Are you happy with your life?”

Those are the last words Jason Dessen hears before the masked abductor knocks him unconscious.
Before he awakens to find himself strapped to a gurney, surrounded by strangers in hazmat suits.
Before a man Jason’s never met smiles down at him and says, “Welcome back, my friend.”
In this world he’s woken up to, Jason’s life is not the one he knows. His wife is not his wife. His son was never born. And Jason is not an ordinary college physics professor, but a celebrated genius who has achieved something remarkable. Something impossible.
Is it this world or the other that’s the dream? And even if the home he remembers is real, how can Jason possibly make it back to the family he loves? The answers lie in a journey more wondrous and horrifying than anything he could’ve imagined—one that will force him to confront the darkest parts of himself even as he battles a terrifying, seemingly unbeatable foe.
From the author of the bestselling Wayward Pines trilogy, Dark Matter is a brilliantly plotted tale that is at once sweeping and intimate, mind-bendingly strange and profoundly human—a relentlessly surprising science-fiction thriller about choices, paths not taken, and how far we’ll go to claim the lives we dream of.

“We all live day to day completely oblivious to the fact that we’re a part of a much larger and stranger reality than we can possibly imagine.”

I can securely declare that this book have changed the way I perceive the world and my existence in the universe.

But first things first. Dark Matter portraits an ordinary, middle aged professor, Jason Dessen, having a peaceful evening with his wife and his teenage son. After his decision to meet one of his accomplished friends, who had won a prize on a scientific achievement, his life changes dramatically. During his mind-altering adventure he faces madness, danger, and choices that have to be made. But purely, he receives and realizes that “the Knowledge” of our existence in the universe is both a burden and a blessing that can either improve or destroy our heathen, in so many ways, civilization.

Our lives consist of simple truths that we accept without doubt. We live on a beautiful planet, we breathe, we fell in love, we make plans about our future, and we are told that we are unique. We rarely contemplate about the universe and the alternative realities that might or might not exist. In any case, are we to blame for our ignorance on topics that are our future? It is the human nature to avoid agonizing about things that are beyond our control.

But then, you read an article or a book that stimulates you to wonder, to doubt, and to explore ideas and thoughts that are astonishing, intimidating, mind-blowing and insane. And then comes this moment when you think:

“What if people knew what I know?”

Alternative universes, alternatives realities, a better or worse or a completely deferent version of yourself, and the choices that make you “you”, are the main topics that Blake Crouch is attempting to elaborate in his book “Dark Matter”. I ought to confess that Blake managed to play a severe game with my mind as I’ve got to the point considering about my sanity, after losing myself into the story, the infinite of the universe and the “what if” scenarios. All in all, it was a mind blender.

Blake pictures a vivid world, which is action-packed, addictive, adventurous, complex and awe-inspiring. His short sentences are like gun shots- this short, this fatal. Using a simple writing-style he “shoots” you with information and a dazzling world where he is the God and the Death himself.
He proves that he is a mile away of a pusillanimous writer, by intervening in a field of the multiverse, which seems such a hallucinatory attempt that even some scientists are afraid to consider.

However, after all, this is the beauty of being a writer. You can write on crazy, overwhelming topics and stimulate the readers to study things that they didn’t imagine they would be interested in.

“All your life, you’re told you’re unique. An individual. That no one on the planet is just like you.
It’s humanity anthem.
But that isn’t for me anymore.”

Crouch accomplished to engage me in a way so deep, where I was able to absorb and imagine the unimaginable truths of our existence and made me sing along with “Sleeping At Last”:

“How rare and beautiful it truly is that we exist”

I would like to dedicate this review to one of the greatest minds of our days who recently passed away,to Stephen William Hawking. A theoretical physicist, cosmologist, and author, who bequeathed us a great knowledge on the universe and black holes. Stephen Hawking was a vigorous supporter of the many-worlds interpretation and I am convinced that he will continue to be an inspiration for many generations to think outside the box and explore the inexplicable and unimaginable wonders of the universe. 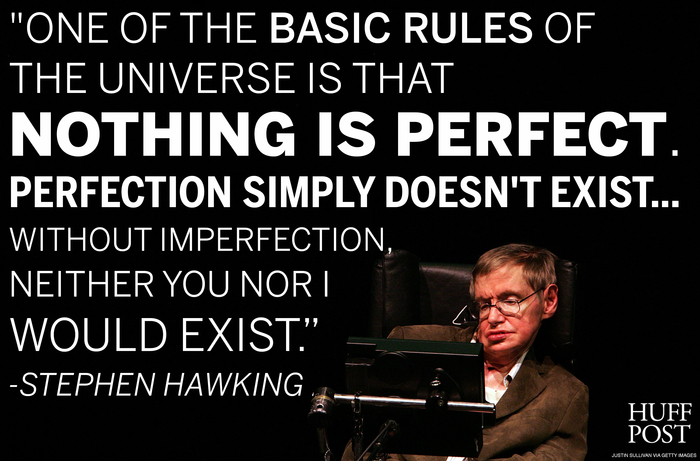 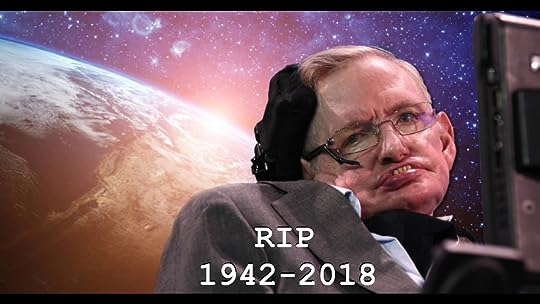 What others are saying about “Dark Matter” by Blake Crouch.

There was an error retrieving images from Instagram. An attempt will be remade in a few minutes.